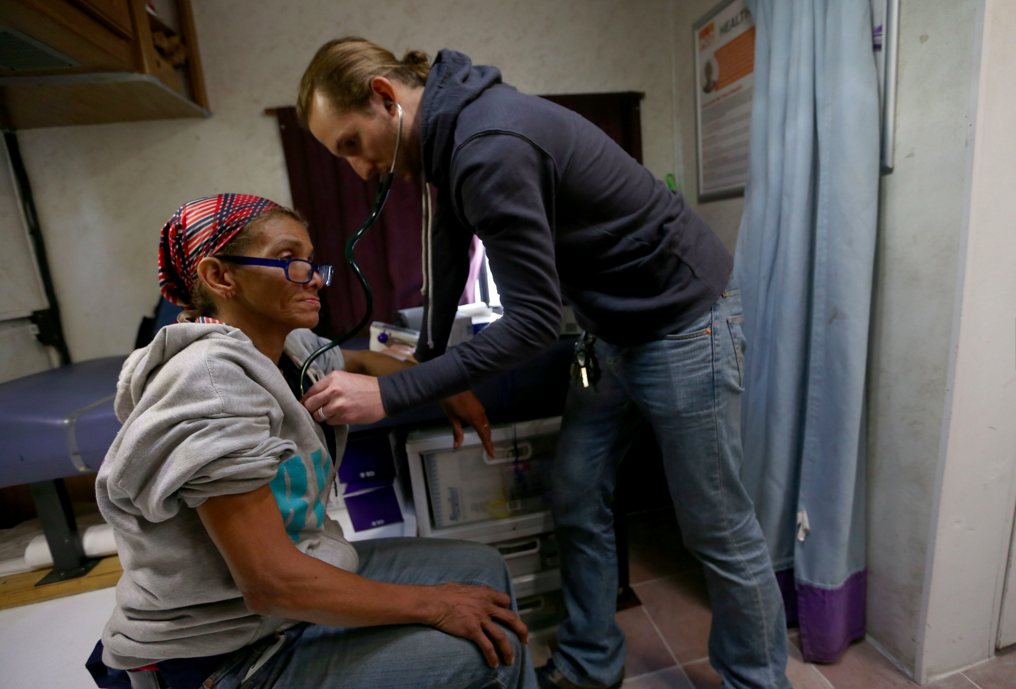 Oakland’s new street medicine team rolled up to a small homeless tent camp and parked a 25-foot RV at the curb. Dr. Jason Reinking, sporting a blond ponytail and bluejeans, hopped out.

There in a park beneath a knot of freeways in North Oakland, he found a frantic homeless woman wheezing and crying that she couldn’t breathe.

Reinking had examined her before. He knew she’d been stabbed in the throat five years ago and had a tracheotomy. The tube was still in her neck. If she’d had proper medical care, doctors would have closed the hole long ago. But the 30-year-old woman was mentally ill and unable to manage her own health care.

Reinking did a quick in-the-field examination and determined she was “in extremis” — near death. He gently persuaded her to let him drive her to the emergency room.

This is the kind of crisis situation that the Street Team Outreach Medical Program, or STOMP, encounters on a regular basis. The new program officially launched in August to provide medical treatment and outreach services to chronically ill homeless people who traditionally face barriers to getting care, whether it’s a lack of transportation or their own deep mistrust of hospitals and clinics.

“We bring medicine to people, which has never been our traditional American model,” Reinking said.

Roots Community Health Center runs the program. The East Oakland nonprofit, which provides health services to low-income clients, got a $600,000 grant over three years from the Alameda County Health Care for the Homeless Program. The problem is, that’s way short of what it costs to actually operate it — some $150,000 less per year, according to Roots CEO Noha Aboelata. So, a program that is both humane and cost-effective is scrambling for creative ways to sustain the current level of services.

“We have caught some people at risk of dying in the streets,” Aboelata said. “But we are also catching things earlier in the field and treating people, which avoids a costly emergency room visit or lengthy hospitalization.”

Roots subcontracted with another grass-roots organization, the HIV Education and Prevention Project of Alameda County, or HEPPAC, to staff the mobile team.

Every Tuesday, Wednesday and Thursday, the street team, consisting of a half-dozen outreach workers, visits the same predetermined locations so homeless people know where to find them. They use the specially outfitted RV as a satellite clinic. Reinking conducts medical exams inside. Other team members administer free HIV and hepatitis C tests.

Reinking and the outreach workers venture into areas off the beaten path that a lot of people in the city don’t even know exist. They fan out in homeless tent camps and ask who needs medical attention. They give out hygiene kits, condoms, health bars and coconut water.

HEPPAC outreach workers also pass out “safer crack-smoking kits” to help prevent the spread of hepatitis C. The kit includes a mouthguard for the glass pipe, an antibiotic ointment for the lips and alcohol for a disinfectant. The kit also includes information about the dangers of smoking crack, and ways to get help.

“It’s a controversial thing,” said Braunz Courtney, HEPPAC’s director of programs. “But until they’re ready to stop? Our job is to keep people safe amongst the behavior.”

Reinking has treated patients with ailments ranging from skin rashes and broken legs requiring surgery to severe illnesses such as cancer that have gone untreated. One woman patient had a ring that was so tight on her swollen finger she couldn’t get it off. She ended up in intensive care.

He’s also able to write some prescriptions in the field.

However, the mobile medical team’s main purpose is to develop trust among people living on the street and encourage them to go to a real clinic.

“It’s gotten me back on my medicine for my health,” said Dawn Brown, 49, as Reinking checked her blood pressure in the RV outside the tent camp where she lives. “It’s helping me to put my life back on track.”

Tammerlin Drummond is a columnist for the Bay Area News Group. Her column runs Thursday and Sunday. Contact her at [email protected], or follow her at Twitter.com/tammerlin. 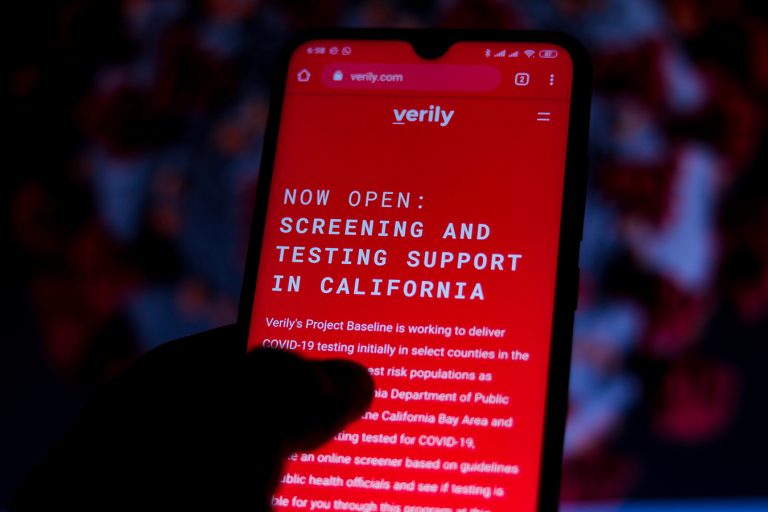 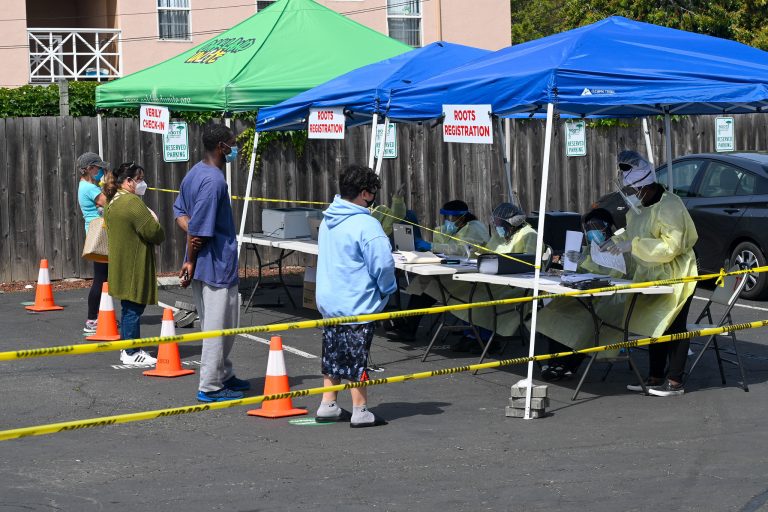 BY:Julie Chang This report contains a clarification. Nonprofit clinics and coronavirus testing centers that don’t require insurance are seeing large numbers of people with insurance seeking tests. People running these centers say that’s taking resources away from the low-income communities they’re meant to serve. And many of those insured patients are Kaiser Permanente members who…

*Dr. Noha will be a panelist Dec. 6th  2021 10-11am Join NHLBI  for a virtual workshop to enhance the importance of truthfulness, transparency, and trustworthiness in biomedical research and identify gaps to establish trusted partnerships in community-based participatory research. The 2021 Saunders-Watkins Virtual Workshop: Building Trust in “Community-Engaged” Research is free, open to the public,…

Roots’ social enterprise, Clean360, was featured on KALW 91.7 FM’s Crosscurrents! Listen here. Accompanying article below: Out of prison, soap making offers a clean start By TAMMY DRUMMOND • MAR 28, 2016 Emancipators make soap at the Clean360 factory in Oakland. TAMMY DRUMMOND “When I was 11 years old, I sold my first crack rock…

Roots is proud to partner with Medshare to receive much-needed medical supplies. Learn more about how Medshare works in this article from Richmond Confidential, which includes quotes from Roots’ Dr. Noha Aboelata! Nonprofit MedShare repurposes unused medical tools by donating to local clinics A volunteer for the last five years, Marsha Felton boxes up supplies in… 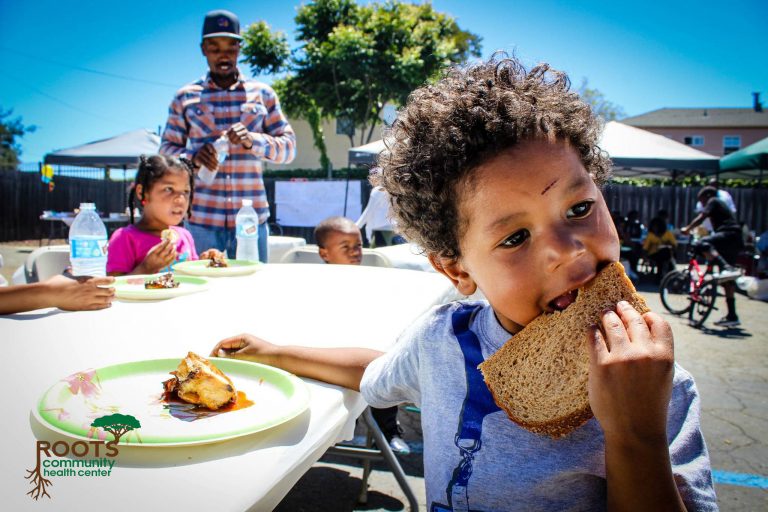 Save the Date of July 8th! Our 3rd annual Neighborhood Empowerment Day (#NED2017) will be held to celebrate, serve and unite our East Oakland community by offering free, empowering resources and services. The more we come together, the more power we have to make positive change- whether that’s at an individual level, within a family,…