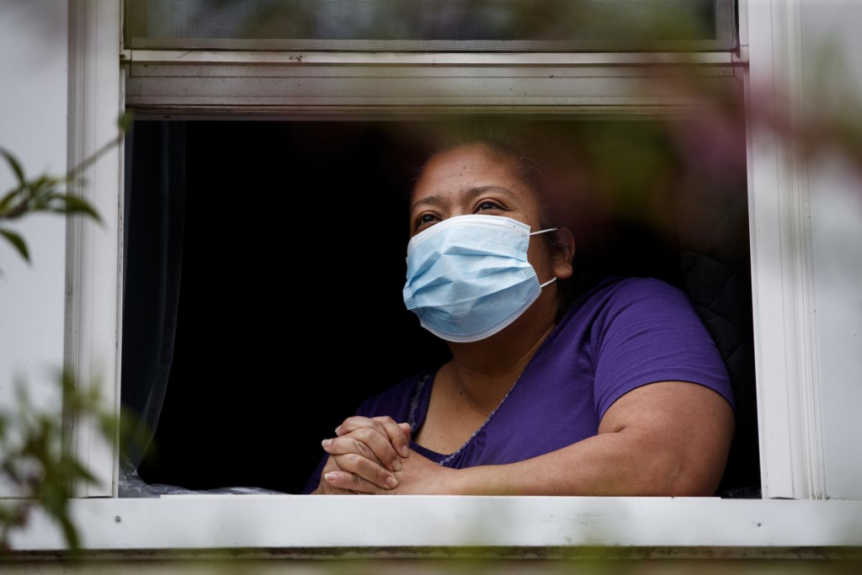 From its origin to its transmission speed, the new coronavirus has been a myth-filled problem from the beginning.

Now, nearly seven months since the global pandemic was declared, access to adequate information continues to put millions of lives at risk. This is especially true for communities that were already facing such obstacles under “normal” conditions.

As reported by NBC News, the combination of mass misinformation on social media and inconsistent signals from the U.S. government is now a “particular threat” to communities of color in the country, which continue to represent the highest rates of infection and hospitalization.

The media explains that the fact that these communities have higher levels of mistrust of government, less access to health care, and lack of information in Spanish is now “a dangerous mix.”

“There isn’t much evidence-based information in Spanish for them. And this is a new disease, so the science is evolving every day,” said William Calo, a Pennsylvania State University researcher who studies Hispanics and public health. “We are struggling with providing good information in English – just imagine adding a second language.”

Hispanics in the United States number 60 million, representing the most significant ethnic demographic in the country and, at the same time, a segment of the population four times more likely than non-Hispanic whites to be hospitalized with COVID-19, according to the U.S. Centers for Disease Control and Prevention.

Along with Native Americans and Blacks, Latinos face “profound disparities” in the country.

This is another consequence of inequalities that existed before the coronavirus pandemic, including poor working conditions and poor access to health and food, often leading to larger, multi-generational households, “where social distancing is difficult.”

“If I’m hearing something from the government, from people who I, for a variety of reasons, don’t trust, then I’m not going to do anything,” said Monica Feliú-Mójer a Puerto Rican native and Harvard-trained neurobiologist who works to encourage Latinos to pursue science careers. “But if I hear this from my friend who I believe in, and who I trust, then it’s more likely that I’m going to act on that information.”

Between the fear of deportation and the lack of bilingual information, Latinos in the United States are simultaneously more exposed to contagion and more isolated from the information published daily.

That may be particularly true under President Donald Trump, said New York State Sen. Gustavo Rivera, a Democrat who represents a mostly Hispanic district in the Bronx. Trump ran on promises to crack down on both illegal and legal immigration and has repeatedly painted immigrants — especially nonwhites — as posing a public health and safety danger.

“It’s a real concern,” Rivera said of the worries some Latinos have about contact tracing. “We need to secure that information, and there needs to be a guarantee of its privacy.”

Also, in states with high Hispanic representation such as California, the lack of adequate information for this community has made it virtually impossible to track contagion, according to The Mercury News.

In Santa Clara County, for example, local hiring of bilingual staff has been insufficient to reach the entire population, causing the Hispanic community to deviate from state protocol for counting and tracking cases, thus making it impossible to stop the spread of the coronavirus.

“You really have to establish that rapport immediately, and it’s really tough if you don’t speak the language – very, very tough to do,” said Dr. Noha Aboelata, founder of the Roots Community Health Center in Oakland. “Once you add together the culture barrier, the language barrier, the fact that you need to have a real understanding of the challenges people are facing to get them to be forthcoming – there’s a huge range of the quality that you could really expect in terms of how effective the contact tracing process will be.”

admin@rootsclinic.orgLack of Access to Information Implies Double Risk for Latinos During The COVID-19 Pandemic08.18.2020