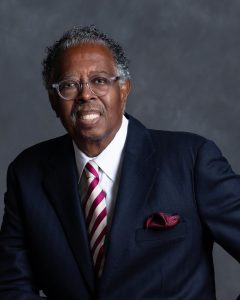 A former top salesman for IBM Corporation before going to medical school, Dr. Woods is the recipient of the 2018 Distinguished Alumni Award from the University of Utah Medical Center, the first psychiatrist to be so honored.  Dr. Woods also received the Historical Prixe from the University of Milan in July 2019. He is currently President -Elect of the International Academy of Law and Mental Health, being asked to return to this position for the second time in 6 years. From 2017 through 2019, he served as Secretary General to the International Academy of Law and Mental Health during its amalgamation with the Institute of Ethics, Medicine, and Public Health at the Sorbonne, Paris, France. George has worked with legal teams dealing with complex criminal and civil litigation, as well as the philosophy of AI and its cultural implications. He has also worked with Vulcan Industries, Microsoft, and Walmart on psychometrically and culturally competent employment testing procedures. He is on the Board of Directors of QB Technology Partners, a 22nd Century Satellite and Telecom provider. He is also Chief Medical Officer to Crestwood Behavioral Health, Inc., a major provider of Behavioral Health services in California.

Dr. Woods is on the Board of the Stanford University Health Alliance Accountable Care Organization. He is on the Board of Directors of Global Press Institute. Global Press Institute exists to create a more just and informed world by employing local women journalists to produce ethical, accurate news coverage from the world’s least-covered places. He is an Advisory Board member of Roots Medical Clinic in Oakland, California. The mission of Roots Community Health Center is to uplift those impacted by systematic inequities and poverty by providing culturally responsive, comprehensive healthcare, behavioral health, and wraparound services; identifying and addressing root causes of illness and suffering; and emphasizing self-sufficiency and community empowerment

A faculty member of New York City’s Practising Law Institute (PLI), he teaches accommodation issues of the American Disability Act, and the cultural implications of Artificial Intelligence. Dr. Woods is a Lecturer at the University of California-Berkeley School of Law, and was Adjunct Professor at Morehouse School of Medicine, Department of Psychiatry from 2002-2018. He, along with Jennifer Johnson, Esq. is a Principal in JohnsonWoods Education. JohnsonWoods conducts a cutting edge webinar series, Where Mental Health Meets the Law, for Thomson Reuters Publishing Company. He also maintains an active neuropsychiatric practice in Oakland, California.

His current passion, in addition to his granddaughters, Jordyn and Harlem, is bringing his deep understanding of body/brain functioning and its impact on behavior to technological solutions in medicine, neuropsychiatry, business, and social policy.