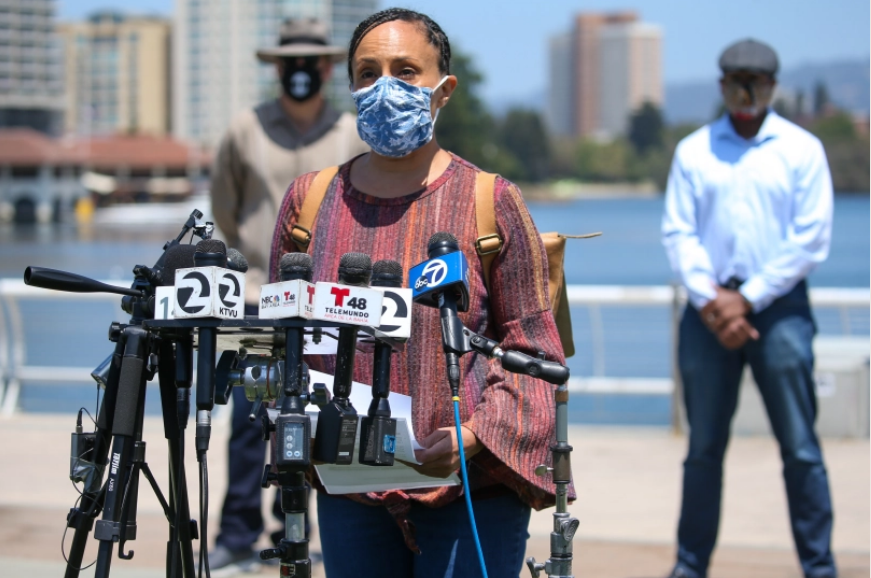 Amid California’s COVID-19 surge, the deadly virus is stalking communities of color, elected leaders and health officials said Friday, targeting Black and Latinx people both at work and in recreational settings.

In a news conference Friday, Gov. Gavin Newsom underscored the rampant spread of the disease among essential workers, noting the huge percentages of workers in health care, agriculture, grocery and other critical sectors who are Latinx and Black. Workers in those jobs regularly interact with others and are often unable to maintain safe distances.

“For us to be able to be successful in stopping COVID-19, in extinguishing COVID-19, which we will do, it depends on our ability to keep our essential workers safe,” Newsom said, appearing next to a chart showing that 93% of California farm workers are Latinx. “An overwhelming majority, you’ll see, in certain sectors of our community are disproportionately in the Latino community, in the Black and Asian community.”

Coronavirus vaccines: Here’s the roadmap to how we’ll beat COVID-19

And the problem is getting worse. According to data from the COVID Tracking Project analyzed by the Bay Area News Group, in mid-April, Latinx people accounted for 28% of state coronavirus deaths where a person’s race was known. Now they account for 45% of coronavirus deaths in the state.

To help protect those populations, Newsom announced a new program named Housing for the Harvest to expand hotel access and other temporary housing for agricultural workers, allowing those who are infected and exposed to properly isolate. Several counties in the state, including in the North Bay, have found crowded living conditions for these workers have significantly contributed to the virus spread.

It’s a welcome emphasis for Darlene Tenes, a San Jose resident who has organized caravans to bring food and supplies to farm workers in Monterey County.

“There is not a person in America who is not benefiting from farm worker labor, but no one is stopping to help them, to protect them and treat them like human beings,” Tenes said.

This week, an employee of the Central Valley Meat Company in Kings County filed a class-action complaint against the slaughterhouse and meat-packing plant alleging it failed to protect workers, many of them Latinx, from COVID-19. An outbreak there sickened hundreds of workers and helped put the county on the state’s watch list.

According to the lawsuit, the company instituted an attendance policy that penalized people for taking days off, even to recover from the disease, failed to notify employees when they had been exposed to someone who tested positive for the virus, and pressured sick employees to continue working by threatening to terminate them for abandoning their jobs. The company did not immediately respond to a request for comment.

Similar trends are playing out far from the state’s vast agricultural fields. COVID-19 cases are surging at alarming rates in East Oakland, where four ZIP codes with large Latino and Black populations have seen double and triple the rates in the rest of Alameda County.

In the past three weeks, the 94603 ZIP code — which includes the neighborhoods of Sobrante Park, Brookfield Village and Stonehurst — have seen an increase in cases of 114%. In May, that ZIP code had a rate of 503.2 cases per 100,000 residents. It now is at a rate of 1,952, second in the county to the Fruitvale District. The ZIP code encompassing Fruitvale has a rate of 2,047 cases, nearly four times the average for the rest of the county.

At a Friday press conference, Dr. Noha Aboelata, CEO of the Roots Community Health Center, said evidence indicates the surge has been fueled by people hanging out at parties or social gatherings. At Roots, one of two open testing sites in East Oakland, about 700 people tested recently had the virus.

Aboelata said residents have “put their guard down.” Interim Alameda County Health Officer Dr. Nicholas J. Moss expects this week that Alameda County’s cases will pass the 10,000 mark, which is three times what it had in June. The majority of new cases, Moss said, are among young adults.

Oakland city leaders on Friday again pleaded with residents to stay away from popular Lake Merritt or only gather with housemates. Activity at the lake has exploded on summer weekends. About 60 vendors — none of whom have business licenses — set up shop, selling jewelry, food and liquor.

“As I drive around the lake, I see folks hanging out. I get it — we are tired, we want to socialize, but even being outdoors can be deadly if we are not careful,” Aboelata said. “I see folks not wearing masks at all, sharing drinks, sharing food, sharing smokes. Oakland, we got to do better than that.”

Statewide, Newsom announced that the latest 7-day average of new COVID-19 cases was 9,881, with the cumulative total of cases approaching 438,000 as of Friday afternoon. Of the roughly 130,000 tests being conducted each day, the state has recorded a 7.5% positivity rate for the past two weeks, higher than over the previous several weeks.

The Bay Area News Group shows that the Latinx percentage of deaths has risen steadily over time. Its growth from 28 percent of deaths in mid-April to 45 percent today has come as the virus has spread from the Asian and European travelers it initially infected to California’s most vulnerable populations. 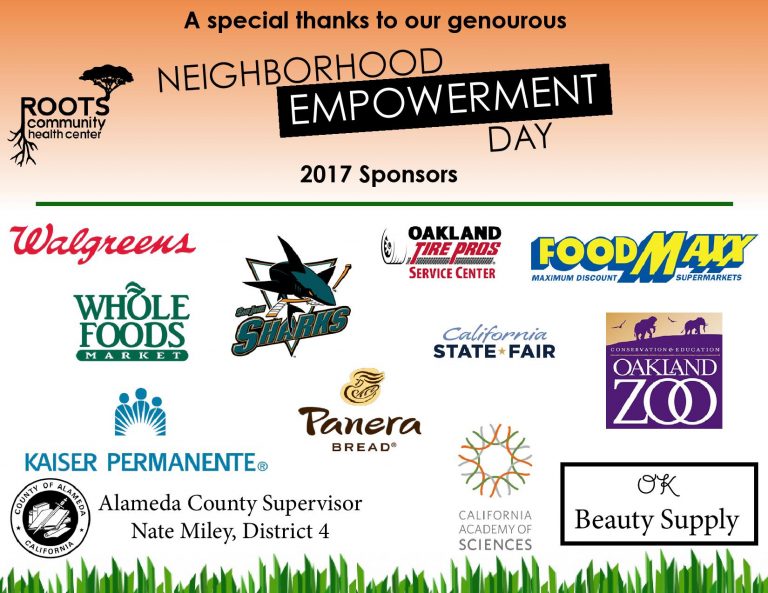 *Dr. Noha will be a panelist Dec. 6th  2021 10-11am Join NHLBI  for a virtual workshop to enhance the importance of truthfulness, transparency, and trustworthiness in biomedical research and identify gaps to establish trusted partnerships in community-based participatory research. The 2021 Saunders-Watkins Virtual Workshop: Building Trust in “Community-Engaged” Research is free, open to the public,… 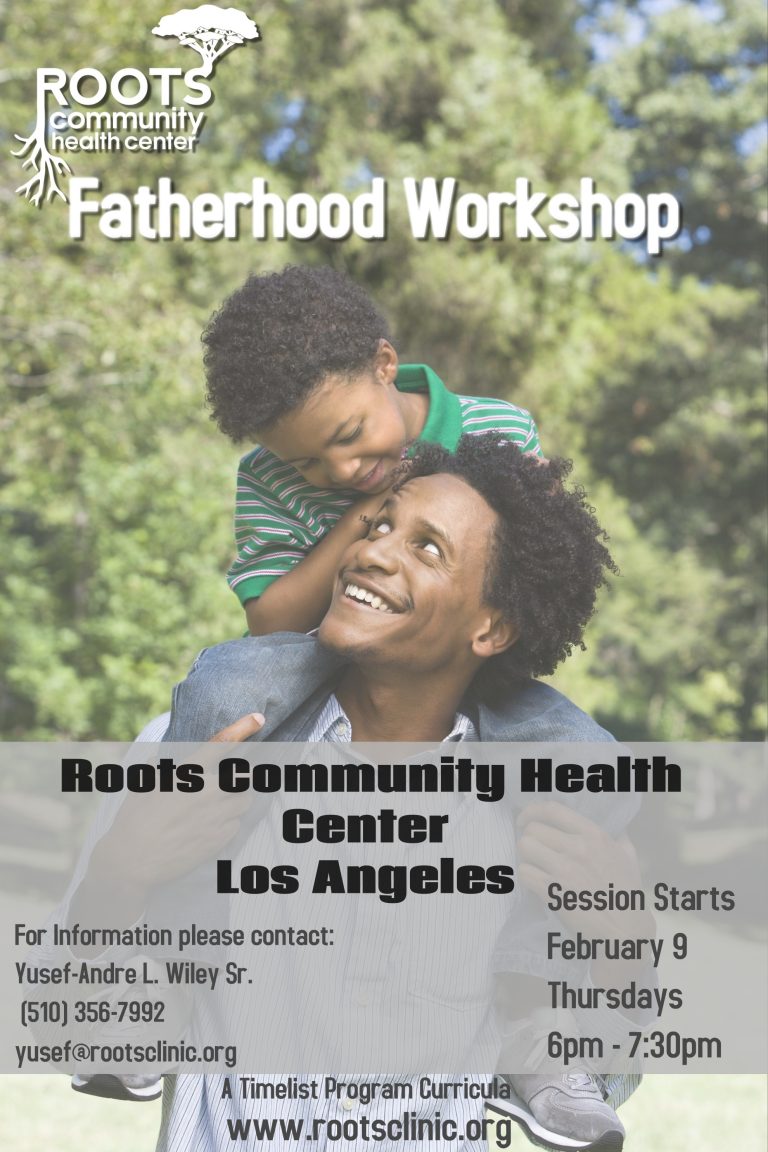 Spaces are still available!  Roots Los Angeles launches the  Fatherhood Workshop, a curricula of Timelist Program.  At the end of our twelve week workshop, participants will be better prepared to be responsible fathers, create goal-oriented individuals eager to be dutiful father’s, and develop role models for the male youth. Classes meet Thursday’s from 7 pm –… 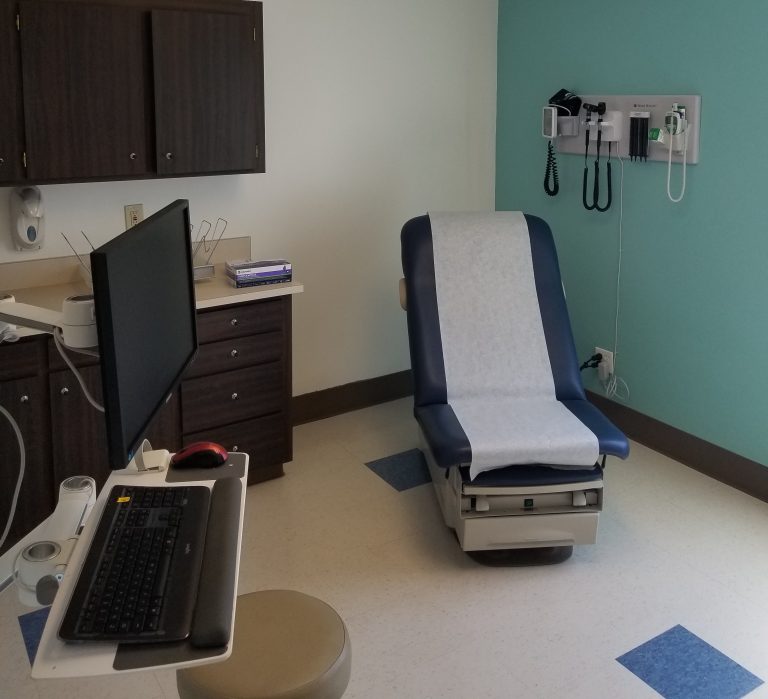 Roots Community Health Center, Oakland has moved their flagship clinic to a different suite. The newly renovated 1,400 square foot clinic contains top of the line equipment, four exam rooms, and a spacious waiting area. Aquil Naji, Roots COO explained the clinic’s renovations and how the new facility will garner a stronger connection with the… 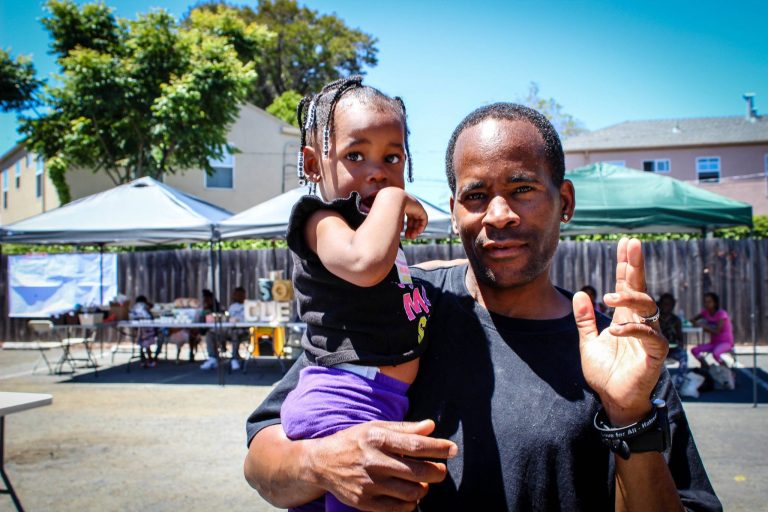 Our third annual Neighborhood Empowerment Day (#NED2017) will be held on Saturday July 8th! The cultural health fair was created in 2015 to celebrate, serve and unite the East Oakland community by offering free, empowering resources and services. The more we come together, the more power we have to make positive change- whether that’s at…

Published 12 hours ago on July 23, 2021 By Christy Price     What began as a program with the primary focus on the needs of men re-entering society from prison, or who have mental health and substance abuse issues and young single fathers without a traditional support system has grown deep Roots in the…