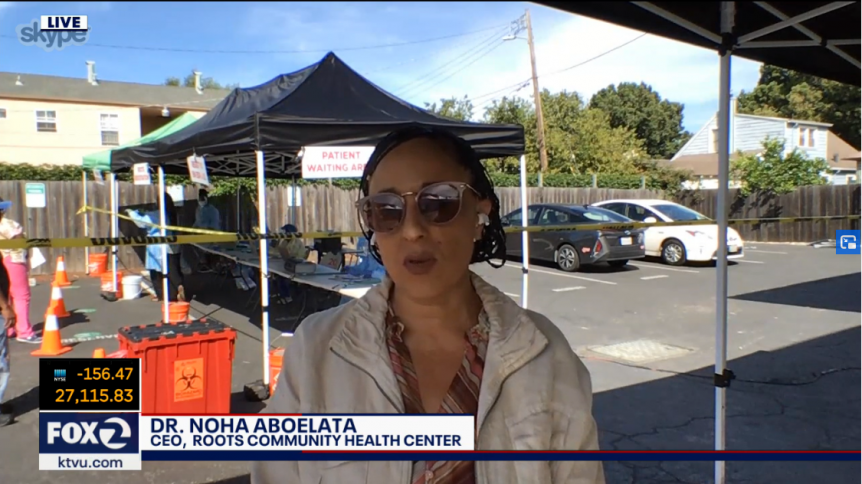 At the Roots Community Health Center in East Oakland, California, founder Noha Aboelata, M.D., is accustomed to caring for individuals and families who have been victims of gun violence. “A lot of our patients are in a wheelchair because of a bullet to the spine, or are walking around with a bullet in their body, or are dealing with chronic issues because of a shooting,” says Aboelata.

Yet, while gun violence has plagued this predominantly Black and Latinx community for many years, violent crimes have spiked markedly since the COVID-19 pandemic emerged. In 2019, there were 75 shootings in Oakland; by October of 2020, there had already been 400 shootings, and homicides had increased 38% from the previous year.

Oakland is not unique in this regard. In the wake of COVID-19, cities across the U.S. have seen a surge in violent crime. The Council on Criminal Justice, a nonpartisan research organization, found that homicides increased 53% and aggravated assault increased 14% across 20 major American cities during the summer of 2020. Disproportionately, this violence has impacted communities of color.

In Los Angeles, homicides increased by 38% in 2020 to reach the highest total number — 349 homicides — in over a decade. 2021 is off to a similarly grim start: In the first two weeks of January alone, the number of shootings and homicides doubled from the previous year.

“Power and Health” examines the role of power in our society and how it can be reshaped through community, belonging and inclusion in order to improve our health.

The bump in crime, which has come on the heels of mass protests of George Floyd’s death and police shootings of unarmed Black Americans, led to renewed calls for “law and order” — a shorthand for getting tough on crime — by former President Donald Trump and other conservatives. In fact, this rhetoric became central to Trump’s reelection platform, as he emphasized cracking down on criminals in cities.

There’s no doubt that law enforcement plays a key role in keeping violent crime in check and keeping communities safe. “We call 911 when we would like for them to show up,” Aboelata points out. “And when someone is murdered, we would like the case to be solved.”

At the same time, the rhetoric of “law and order” — a demand to meet criminal activity in BIPOC communities with a harsh and magnified police response — goes to the heart of debates about power and health in America. Public health research shows that this rhetoric not only elides the root causes of the recent uptick in violence, but also misleads the public about solutions to violence in ways that threaten the health and safety of vulnerable groups.

The crime surge in U.S. cities isn’t happening within a vacuum. A recent study by the Violence Prevention Research Program (VPRP) at University of California, Davis, found that in California, the stresses of the coronavirus, which have been particularly intense in communities of color, are driving the uptick. Nicole Kravitz-Wirtz, Ph.D., who holds a master’s degree in public health and is an assistant professor at VPRP and the lead author of the study, explains that many of the social factors that are being worsened by the COVID-19 pandemic — poverty, unemployment, lack of resources, isolation, hopelessness and loss — are also factors that contribute to violence. Additionally, the study demonstrated that fears about the destabilizing effects of the pandemic have fueled a spike in gun sales.

Aboelata has seen firsthand how social changes wrought by the pandemic have set the stage for increased violence in East Oakland. People who already lived in crowded, high-density housing are now cooped up together, ramping up domestic tensions. Some community members with behavioral and mental health issues are either unable or unwilling to access therapeutic services remotely. Housing insecurity looms as government moratoriums on evictions are set to expire. Young people have fewer healthy ways to occupy their time. “We’ve seen everything from… anxiety and fear to agitation and anger,” she says. “All the [risk factors for violence] we already were dealing with are amplified.” These same patterns are playing out in vulnerable communities across the country.

Given that the uptick in violence is tied to despair and frustration that has no firm end in sight, Kravitz-Wirtz is skeptical about the appropriateness and efficacy of “tough on crime” approaches.

Coming from a public health perspective on violence, I think one of the core tenets… in that framework is that we can’t police, arrest [or] prosecute our way out of this problem.
Nicole Kravitz-Wirtz, Ph.D.

“Focusing solely on a problem after it has occurred, this punitive ‘law and order’ perspective, I think misses that whole opportunity to address factors that we know contribute to violence and do it in a way that might be able to prevent violence from happening in the first place,” Kravitz-Wirtz says.

Shani Buggs, Ph.D., who holds a master’s in public health and is an assistant professor at VPRP studying gun violence prevention, notes that “law and order” rhetoric is “also completely discounting the harm that is done by policing.” Increased police presence in BIPOC communities has historically been associated with negative outcomes like racial profiling, high rates of incarceration for minor or nonviolent crimes, and police brutality, which erode trust in police.

An Undercurrent of Racism

The racial undertones that “law and order” rhetoric carries are also cause for concern. “‘Law and order’ is a dog-whistle phrase,” says Buggs. The language was first popularized during the 1960s, when white politicians such as Richard Nixon used “law and order” as a coded way to condemn emerging Black civil rights and tap into white voters’ fears about Black criminality. The rhetoric reemerged in the 1980s to undermine criminal justice reforms of the 1970s. Buggs explains that within the “law and order” narrative, Black violence has been regarded not as a symptom of a community in pain, but rather as a problem of “bad” people who must be controlled.

In this way, “law and order” narratives can be spun to mislead in ways that can further burden already vulnerable populations with punitive actions and policies. For example, Trump and others such as Senator Tom Cotton of Arkansas fixated on rioting and looting activity during the George Floyd demonstrations — despite that fact that 95% of protests were peaceful — and referenced “law and order” as a rationale for deploying military force and crowd control weapons. In response to peaceful Black Lives Matter protests in June 2020, National Guard troops in riot gear were stationed at the Lincoln Memorial in Washington, D.C., and police near the White House released tear gas and fired rubber bullets on protestors to clear a path for Trump’s visit to St. John’s Episcopal Church.